The Anatomy Of A $100 Million Sexual Harassment Lawsuit 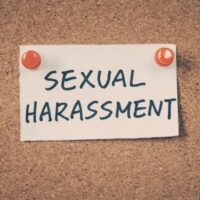 Riot Games was forced to settle a sexual harassment lawsuit filed on behalf of several employees for a reported $100 million. To be sure, sexual harassment lawsuits generally don’t settle for that much money. However, the matter exploded in 2018 when it was reported that male employees were sending female employees pictures of their genitals, and openly talking about sleeping with female employees, including those in managerial positions. Female employees also said gender discrimination was rampant and that women who behaved “aggressively” were chastised while men who did the same thing were praised for their “grit”.

The employees were required to sign mandatory arbitration agreements as part of their employment. This created a situation where Riot Games was able to block the lawsuit filed against it by female employees. The employees staged a walkout prompting Riot Games to reverse their decision. Arbitration clauses are often enforceable, even in California where sexual harassment is taken very seriously. Further, many employees were prohibited from discussing the matter due to non-disparagement clauses in their employment contracts.

A female employee made a suggestion at a meeting that was promptly shot down. She asked a male coworker to present the same idea a week later to the same people. Those same people thought that the idea was fantastic. The male employee was so shocked by the conduct that he actually had tears in his eyes. It became apparent then, what is apparent to many marginalized people, that the culture of the company did not take women seriously.

One woman reported that she saw an email thread where males at the company speculated on what it would be like to penetrate her. Another woman was told by an employee that the senior management team deemed her a prime candidate to be passed around.

All companies have a culture that is important to them. For Riot Games, they wanted “hardcore gamers” who were also professionals. When determining if an employee was qualified to work there, interviewers would comment on whether the person was a good “culture fit”. Problematically, women tended not to be good culture fits while men with similar credentials were. Women described a frat-boy style culture where executives would grab their crotches and fart on random people.

Nonetheless, gatekeeping in the male-dominated gamer community often forces women to “prove” that they are gamer enough.

Ultimately, the law requires equitable hiring, firing, promoting, and non-hostile or threatening personal conduct within the workplace. A company’s culture does not supersede civil rights law. And that is how you end up with a $100 million verdict against your company paid to current and former employees alleging sex discrimination and harassment.

If you have experienced sexual discrimination or harassment in the workplace, including hostile work environment claims, call a Jacksonville employment discrimination lawyer at The Law Offices of Carol Galloway today to schedule a free consultation and begin the process of fighting back.

By Law Offices of Carol M. Galloway, P.A. | Posted on January 30, 2022
« Female Tesla Employees Face “Nightmarish” Conditions According To Lawsuit
Bankruptcy Fraud: What Is That? »