Bankruptcy Fraud: What Is That? 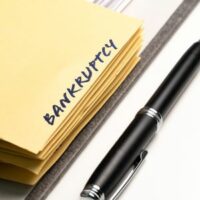 The Department of Justice announced in March that a man was convicted of bankruptcy fraud. Bankruptcy fraud is not a press-friendly topic as it is generally boring when compared with all of the other criminal acts that happen every day. You won’t see bankruptcy fraud cases covered by CVN or other media outlets. Nonetheless, it is a serious crime, you can go to prison for it, and generally, you face considerably more debt (that cannot be discharged in bankruptcy) because of the fraud. It means your situation will get worse instead of better. In this article, we’ll discuss bankruptcy fraud convictions and how they work.

If you declare bankruptcy, either as an individual or as a company, your assets are placed into a “bankruptcy estate”. It’s similar to marriage insofar as when you divorce, your assets become part of a “marital estate” that must be divided between you and your spouse. The “marital estate” is divided into two estates. In the case of bankruptcy, the estate is placed into the trust of a bankruptcy trustee who oversees the repayment of creditors. The bankruptcy estate, however, exists only in theory. In most cases, the bankrupt party still has access and control over the estate. The only handcuffs are legal handcuffs. They are essentially prohibited by the court from manipulating the estate to their own advantage or to the advantage of one creditor over another. This is why your bankruptcy lawyer will tell you not to repay the $25 you owe your grandmother prior to declaring bankruptcy. It shows favoritism to one creditor over another, which is illegal, even when it’s your grandmother.

When filing for bankruptcy, being completely honest with the court is the best way to ensure a positive result. Hiding debts, assets, or income is the surest way to increase the amount of money you owe. Further, bankruptcy fraud is a federal crime that has a 5-year maximum sentence and often results in federal prison stays.

The Law Offices of Carol Galloway help consumers file bankruptcy in Jacksonville. If you are in financial trouble, facing creditor lawsuits, and don’t know what to do, contact a Jacksonville bankruptcy lawyer immediately. We may be able to help.