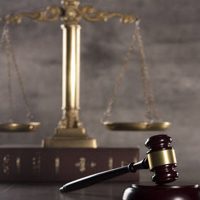 The former employee of a Jacksonville nursing home has filed a hostile work environment lawsuit against his former employer and three female coworkers who harassed him on a daily basis because he was gay. The conduct included calling him slurs and other demeaning commentary on his sexual orientation. The employee stated that after he reported the conduct to management he was fired. At one point, a manager threatened to call the police on him.

The employee reported that he had been with the company for 11 years but it wasn’t until he came to the Jacksonville facility that he reported abusive comments concerning his sexual orientation. He reported that he dreaded coming to work. His case is buttressed by witness testimony from other employees who overheard the abusive comments. Text messages will also become a part of the case.

There are several different types of sexual harassment lawsuit. Some of these lawsuits involve inappropriate conduct toward employees of a sexual nature. This includes quid-pro-quo arrangements where sexual favors are rewarded with company opportunities or intra-office relationships that become vindictive after they fail. They also include unwanted sexual advances that don’t stop after the employee demands they do. However, there is also hostile workplace environment lawsuits that involve allegations of discrimination against employees on the basis of their sex, race, religion, or sexual orientation. That’s precisely the sort of lawsuit we have here.

The plaintiff is alleging that three women at his workplace routinely called him gay slurs and otherwise mocked him for being gay. This conduct falls well outside the norm of a corporate environment, and most companies move quickly to isolate perpetrators of the conduct and ensure that it doesn’t happen again. Why didn’t that happen here?

Well, in a lot of instances, a bullied employee will end up being ganged up on by other employees and these employees attempt to avoid blame for their conduct by casting aspersions onto the victim. Management attacks the individual who filed the complaint because the three employees who are casting aspersions don’t have a legally actionable lawsuit that they can file. Management erroneously believes that they’ll be able to fight the claims on the basis of the reports made by the perpetrators, but often find themselves blindsided when other employees corroborate the victim’s story and there is a paper trail of the abuse that occurred.

In reality, management has a duty to intercede on behalf of the victim and prevent future abuse. This includes disciplinary actions against the perpetrators—not the victim. Had management done this, then they would have avoided a lawsuit. In most cases, individuals just want their workplace to be a comfortable environment. When employers accommodate that legal right, they find themselves avoiding these lawsuits. Retaliating against employees who make HR complaints ensures that a lawsuit will be filed.

If you have been victimized by gender discrimination, a hostile work environment, or sexual harassment in the workplace, call a Jacksonville sexual harassment lawyer at the Law Office of Carol Galloway today to schedule a free consultation and learn more about how we can help.