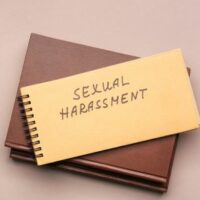 According to one student’s lawsuit, the professor kissed her on the lips. At that point, she began telling him that she and her partner had plans to visit South Africa. At this point, he went into a diatribe about how in parts of Africa, lesbianism is considered a major affront to their social norms and how corrective rape is routinely employed against lesbians in these areas. The student said he sounded as if he was enjoying discussing corrective rape in Africa.

The students accuse the university of sweeping allegations of sexual harassment under the rug for years. Further, they accuse him of intimidating female students with threats of destroying their careers if they reported his conduct.

The professor has categorically denied the allegations stating that he never kissed the student on the lips and only advised her to be careful in Cameroon which criminalizes homosexuality.

Allegations against the professor stretch as far back as his days at the University of Chicago before he came to Harvard.

What has happened so far?

During an inquiry, Harvard found that the professor made inappropriate comments to students. However, they have not ruled that the professor physically assaulted a student by kissing her without her permission. The professor was placed on administrative leave through the spring semester and was not allowed to teach required courses during the semester.

The investigation found that the professor did not make sexual advances on the student and did not kiss the student on the lips. However, the advice was considered harassment in some way. In other words, the panel sided with the professor but punished him anyway leaving neither side very happy with the result.

This is a Larry Nassar type of issue. You have a highly respected academic who is working with students and his reputation is considered above reproach, sterling, and even in a liberal institution like academia where much of the sexual harassment legislation was produced, you have professors who are defending him against the allegations. If you consider only the discussion of corrective rape in Africa, they may have a point. The information could have been delivered gently, but the students will need to produce more evidence. Regardless of Harvard’s decision, this situation is not over. It could end up being a kind of Larry Nassar 2.0 where the man’s reputation protects him for a while, but then his house of cards falls down.

If you have faced sexual harassment in your place of work, call the Jacksonville sexual harassment attorneys at The Law Offices of Carol Galloway today to schedule a free consultation and learn more about how we can help.