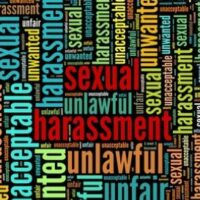 A senior director of corporate accounts at a company called Equinox has filed a class-action lawsuit against the company alleging rampant gender discrimination, sexual harassment, and discrimination against working mothers. Although the employee has risen through the ranks to take over a major executive position, she alleges that throughout her 20 years with the company, she faced rampant gender discrimination and sexual harassment. She claims that the culture of the company is “ubiquitously misogynistic”, especially against mothers. This includes allegations of sexual assault. The worker claims that Equinox routinely turns a blind eye and ignores these allegations.

The employee has lewd text messages and email correspondence sent from other members of the staff. She also states that although she was the mother of two young children, she was denied the ability to work remotely during the height of the pandemic. The employee was terminated with the company claiming that they had phased out her position.

Your typical sexual harassment lawsuit goes something like this. An employee makes an unwanted sexual advance to another employee who politely rejects them. The employee either goes directly to human resources or waits for a second advance and then does the same. Human resources takes the claim but does not do anything significant to curtail the behavior. The behavior continues. A lawsuit is filed. The plaintiff says that they reported the conduct and that the company ignored their complaint. The company is now liable for sexual harassment.

In other words, the plaintiff must establish that management was placed on notice concerning the unwanted behavior and then failed to act. In a reasonable company, the employee would be written up, transferred, or have a sit-down with a supervisor and the behavior would stop there. That is how it’s supposed to work. Companies cannot predict the conduct of every employee, but having a process in place that deals with complaints and treats them seriously protects them from these types of lawsuits. It is only after the situation has spun way out of control and discriminatory and harassing conduct has become the norm that companies face significant lawsuits such as these.

In this case, the plaintiff alleges that “bro culture” pervaded the company’s conduct and policies to the extent that there was both systematic discrimination against women and routine sexual harassment. Further, discrimination against women and families with children is also illegal. The company will have a difficult time explaining how they allowed the situation to get this bad, but they will also likely deny specific elements of the plaintiff’s claims. The problem for the company is that the plaintiff has evidence of sexually harassing texts.

If you’ve been the subject of sexual harassment in the workplace, call the Jacksonville sexual harassment attorneys at the Law Offices of Carol Galloway today to schedule a free consultation and we can discuss your next moves immediately.