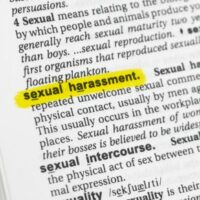 On October 26, McDonald’s workers from 10 different cities walked out on their employer over concerns that sexual harassment issues are not being addressed in the workplace. The protest stems from an incident in which a manager raped a 14-year-old employee in Pittsburgh. The manager had previously served time for assaulting a 10-year-old girl.

It wasn’t until a different employee came forward and reported the manager for a different assault that he was arrested. He was recently sentenced to ten years in prison.

When rape happens in the workplace, it triggers an automatic sexual harassment suit. Employers are required by law to provide their employees with a safe workplace. That means addressing the concerns of employees before something as serious as rape happens. When rape does happen, or something like forcible touching that goes well beyond verbal harassment, the employee need only prove the fact of the rape or illegal conduct.

A $500 million class-action lawsuit has been filed against McDonald’s on behalf of female employees at their franchises. Part of the issue is that franchises are individually owned by individual owners, not by the McDonald’s corporation. This clouds liability a bit. Who is ultimately responsible? The franchise owner or McDonald’s?

A court decision in 2019 held that a franchisor (like McDonald’s) has no duty of care to a franchisee’s employees. However, this lawsuit was filed in Kansas. Typically, sexual harassment claims can be filed under either state or federal law. In most states, protections exceed federal protections, but Kansas, like many conservative states, only inherits the federal requirements in their state law.

In this case, the plaintiff’s lawsuit was dismissed because the court ruled that they had failed to establish that the franchisor (this time Taco Bell) took a special duty of care over the employees. In other words, it’s the franchisee’s responsibility to ensure their employees are abiding by the law in regards to sexual harassment and they alone are liable for any failures. The court found that this was the case even though Taco Bell had basic policy in regards to sexual harassment.

What about the McDonald’s lawsuit?

Jacksonville sexual harassment lawyer Carol Galloway offers representation to those filing lawsuits against their employers for sexual harassment. If you have been the victim of sexual harassment in your workplace, call an attorney immediately and we can begin the process of preparing your case and getting the information you need to win.