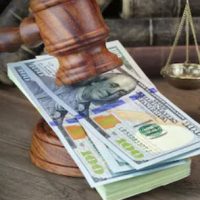 A bill with bipartisan support has been introduced in the Senate by Iowa Senator Charles Grassley (SB 3823) that would increase the debt limits for Chapter 13 bankruptcy and simplify filings.

The purpose of the proposed legislation is to help more folks keep their homes, vehicles, and other secured assets while forcing lenders to accommodate their financial needs.

How does the new legislation help consumers?

Folks occasionally find themselves in the awkward position of not qualifying for either Chapter 7 because they earn too much money or Chapter 13 because they owe too much money. These folks are then required to go down one of two paths. The first is that they can get an exception from the court that allows them to discharge some of their debt under Chapter 7 and roll the rest into a Chapter 13. This is colloquially referred to as a Chapter 20. The other option is to file for a Chapter 11 bankruptcy the way businesses do. This is incredibly expensive for an individual consumer already struggling with debt. Most Chapter 11 bankruptcies are filed by companies that have the resources to pay, even when they’re struggling.

The new filing will increase the number of bankruptcies that can be filed under Chapter 13 and reduce the number of bankruptcies that are filed under Chapter 11. This will provide some economic relief to individual households that are struggling with large amounts of debt and are in fear of losing their homes or other secured assets.

Should I wait to file or file now?

That’s a difficult question to answer because you’re likely facing threats from creditors, threats of foreclosure, and other economic stressors while simultaneously waiting for the best time to reorganize your finances. If you already qualify under Chapter 13, however, there is no need to wait. If you do not qualify under Chapter 13 because you owe too much money, there may be an alternative to waiting to file for Chapter 13.

Your bankruptcy attorney could discuss a Chapter 20 filing (a Chapter 7 immediately followed by a Chapter 13) as a potential avenue to reorganize your debt without waiting.

As of right now, the bill has only been introduced and it could be months or a year before the bill is passed. So, if you’re facing threats from creditors, call the Jacksonville bankruptcy lawyers at the Law Offices of Carol Galloway today to schedule a free consultation and we can discuss your best moves immediately.