Couple Files For Bankruptcy After Losing Breach Of Contract Suit 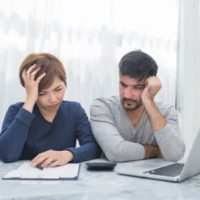 Under Section 523 of the Bankruptcy Code, any debt acquired by fraud, false representation, or false pretenses, is not dischargeable. After the defendants filed for bankruptcy, the plaintiff filed an adversary action to prevent the discharge of the debt acquired in the lawsuit on the basis of fraud or misrepresentation. In this case, the bankruptcy court ruled in favor of the plaintiff preventing the debt from being discharged by the bankruptcy. However, the decision was reversed on appeal after the appellate court ruled that a debtor must “know or should have known” about the fraud while it was occurring.

The plaintiff appealed the ruling and the second appellate court found in his favor, ruling that it did not matter if the debtor knew about the fraud or not. The debt could not be discharged since it included elements of material misrepresentation if not fraud proper.

Why should anyone ever be allowed to file for bankruptcy? Essentially, our legal system holds that those who operate in good faith but suffer unfortunate circumstances should be allowed a fresh start. Those who commit fraud do not operate in good faith and are thus barred from having their debts discharged under the bankruptcy system. However, what if someone else commits fraud on your behalf. As an example, your real estate agent fails to disclose key factors about the home prior to selling it to another party. In that case, your agent has committed fraud on your behalf.

That fraud was an element of this sale is not under debate. The question is: Who committed the fraud? If the court determined that the primary fraudster was the agent, then the plaintiff is left in the position of proving that the defendant should have known that his agent was misrepresenting the quality of the home to the defendants. Principals hardly ever meet with buyers in these cases, so proving actual fraud remains unlikely.

The Supreme Court will determine if a debtor is responsible for a debt that was acquired by fraud on behalf of a fiduciary, in this case, an agent, who was working on behalf of the defendant. The Court will not decide whether or not the defendant is responsible for the fraud, but rather whether or not a debt acquired due to a third-party’s fraud is dischargeable or not. Right now, the courts are split on the matter.

By Law Offices of Carol M. Galloway, P.A. | Posted on October 12, 2022
« Can Your Recreational Marijuana Business File For Bankruptcy?