Can Your Recreational Marijuana Business File For Bankruptcy? 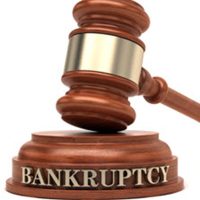 While marijuana is still illegal in Florida, there are several states across the country that have moved to legalize the popular recreational drug. In these states, marijuana dealers operate out of storefronts like liquor stores and provide top-quality marijuana to the public. While the drug is legal under state laws, it remains illegal under federal law. This means that businesses operating in the marijuana industry may not be able to enjoy federal bankruptcy protection.

Now, one Arizona native has a serious problem. His bankruptcy has been blocked by the court due to his involvement with marijuana products. In this case, the filer produced machinery to help marijuana enthusiasts create concentrates and resins from marijuana. However, his business failed and he was forced to file for Chapter 13 bankruptcy. His creditor, however, claimed that he was involved in an illegal industry and thus did not qualify for bankruptcy protection. The bankruptcy judge agreed with the creditor. It was eventually ruled that the bankruptcy court had the authority to dismiss the petitioner’s case on the grounds that he was involved in an illegal trade. It’s important to understand that the petitioner did not sell marijuana himself, but rather devices that allowed users to extract resin from marijuana.

Sink or swim for the marijuana industry

For now, there is too much confusion over the marijuana industry, conflicting laws, and legal jurisdictional issues to enter the market without knowing you cannot file for bankruptcy. In this case, the debtor filed for Chapter 13, but stated that his payments would be directly linked to any profits acquired from his marijuana resin company. The court didn’t accept the marijuana resin company profits and the filer could not prove that he could make payments using any other income. The court found that the petitioner violated federal law and The Controlled Substances Act when selling the resin concentrator. Hence, he was prevented from using the federal courts to file for bankruptcy.

Had he been able to establish that a second source of income could pay his Chapter 13 payments, the bankruptcy may have been allowed to proceed. However, the court balked at accepting funds from the marijuana trade to repay a creditor who operated within the marijuana trade. Nonetheless, blocking the bankruptcy will keep the debt alive, allow the creditor to garnish the man’s wages, and place a lien on his home. It is not a good situation to be in and bankruptcy protection would have prevented all of those consequences.

As of right now, marijuana businesses are unlikely to be able to petition federal courts for bankruptcy protection until federal law aligns with state laws on the matter. Marijuana businesses are not strictly legal, but rather “extra-legal” which means only that federal prosecutors are not filing charges against vendors—not that their conduct is permissible under the law.