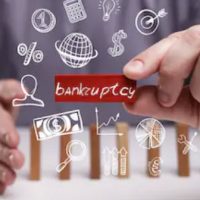 For those who may be unaware, the crypto industry suffered a major fallout recently after one company defaulted on a loan provided by another company resulting in numerous bankruptcies across the industry. As a result, many who have invested in cryptocurrency have now had their assets frozen in their crypto accounts and may only be able to recover a small portion of what they originally invested. Of course, what they may recover may be valueless by the time they see it again. This, perhaps, is why one major crypto player withdrew $200 million in assets related to stablecoins just before declaring bankruptcy.

Much like an individual who transfers assets from their estate in order to avoid having them liquidated in bankruptcy, this is illegal.

Two company employees received personal loans of more than $1.5 billion. The bankruptcy judge presiding over the case lambasted the company for a complete lack of reliable financials and a total failure of corporate controls.

Suffice it to say, this is raising eyebrows. It is unlawful to transfer funds from your estate just before filing a bankruptcy. The bankruptcy trustee will go over any recent transaction to determine whether or not it violates the interests of your creditors, and if it does, then they can void the transaction.

At this point, it appears that the CEO is attempting to make last-minute deals to resolve the solvency of his venture. He has said in interviews that customers will recover 100% of the funds they lost as a result of the crypto fallout. However, it remains unclear if he is in a position to make good on those promises.

What is bankruptcy fraud?

Any attempt to subvert the bankruptcy process is considered bankruptcy fraud. Unlike common types of fraud, you don’t actually need to intend to commit bankruptcy fraud in order to be accused of it. In some cases, an individual will accidentally forget a debt or give a gift to a relative before their bankruptcy begins.

An example of fraud would be if you had a luxury vehicle that you didn’t want to part with. Knowing that the vehicle is likely to be liquidated as part of your bankruptcy, you transfer it to your son because you know he’ll keep it nice for you. The vehicle should have become part of the bankruptcy estate. You would be able to borrow against your equity in the vehicle to repay your creditors, but if you can’t repay, you’d lose it anyway, and chances are good that if you file under Chapter 7, the vehicle would be liquidated to repay your creditors. Any attempt to save the vehicle from liquidation outside of the rights afforded you by federal bankruptcy protections is unlawful. The company court will attempt to void the transaction if it’s possible to trace where the money went.

Jacksonville bankruptcy attorney Carol Galloway helps residents restore their financial health. Call today to schedule an appointment and we can discuss your next steps immediately.