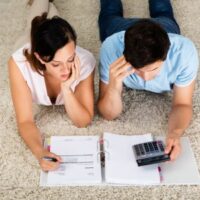 The third circuit court of appeals has handed down a ruling that could cost Hollywood stars millions. The money is tied up right now in Harvey Weinstein’s bankruptcy. The Hollywood producer became famous overnight after it became known that Weinstein had forced himself on potential actresses. His trial ended in a guilty verdict in New York.

However, he leaves behind liabilities and assets. Some of those liabilities are owed to Hollywood stars. What will happen after Weinstein’s bankruptcy is completed? Those debts simply go away.

Weinstein’s production company applied for bankruptcy protection almost immediately after the accusations became known. The company was later purchased by another company that  bought the rights to many of the movies that Weinstein had produced. However, the company that purchased Weinstein’s holdings never paid off the company’s debts.

According to Spyglass, the company that purchased the assets of Weinstein’s company, any duty owed by Spyglass on those debts had already been performed. Meanwhile, the only other company is Weinstein’s company and it’s in bankruptcy.

Who is losing what?

Hollywood movies, as you might imagine, are loaded with contingent compensation clauses that emerge from royalties. Individual actors like Robert Deniro, writers, or anyone else can continue to earn money on movies that were produced years ago. It is these royalties that are currently tied up in the courts.

However, a test case of an individual asset purchase of a single movie provided Spyglass with favorable court decisions. The court held that Spyglass was not liable for Weinstein’s liabilities. With Weinstein’s company currently in bankruptcy, those who are owed royalties from old movies will simply never see that money.

Companies can only file for two types of bankruptcy: Chapter 11 and Chapter 7. Under Chapter 11, their debts are rolled into a repayment plan, but they don’t necessarily have to repay all the money owed. In Chapter 7, the company’s assets are completely liquidated to repay creditors. Either way, those owed money by the company would have to wait for the trustee to manage the bankruptcy, and, in a case like this, the debts could be discharged meaning that no one would owe that money. This has left many investors and some notable actors in the lurch.

If you’re in dire financial straits, call the Jacksonville bankruptcy attorney at the Law Offices of Carol Galloway today and we can discuss your options. Bankruptcy needn’t destroy your life. In fact, it can help you preserve the things that are most important to you. Call today to learn more.

By Law Offices of Carol M. Galloway, P.A. | Posted on June 24, 2021
« What Are Exemptions In Bankruptcy?
As Corporate Bankruptcies Mount, Employees Could Soon Follow »