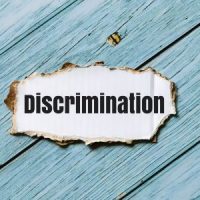 Various federal and state laws are designed to prevent discrimination in employment based on a number of protected characteristics, such as race, sex, national origin, and religion. Historically, these laws were adopted to protect members of minority groups from discrimination by the majority. For example, an employer cannot fire or refuse to hire an African-American because of their race or color.

But does the opposite also hold true? Could an African-American employer refuse to hire a Caucasian or white person based on their race or color? The answer is yes. So-called reverse discrimination is just as illegal under Title VII of the federal Civil Rights Act of 1964 as more traditionally understood forms of race and color discrimination.

What the Supreme Court Has Said About “Reverse” Discrimination

To be clear, there is no specific “reverse” discrimination law. But in 1976, the United States Supreme Court held that members of a traditional majority group could bring a Title VII claim for racial discrimination. That case, McDonald v. Santa Fe Trail Transportation Co., involved three railway workers accused of stealing cans of antifreeze from a customer shipment. Two of the workers were white and the third was African-American. The railroad fired the white employees but not the African-American employee.

So McDonald established that a person can be in a “protected class” for civil rights purposes even if they belong to a majority group. Some other examples of illegal “reverse” discrimination in this context could include:

If you have race discrimination based on your race or any other legally protected trait, you have the right to take legal action against the offending employer. An experienced Jacksonville employment discrimination lawyer can help. Contact the Law Offices of Carol M. Galloway, P.A., today to schedule an initial consultation.

By Law Offices of Carol M. Galloway, P.A. | Posted on January 4, 2023
« Will The Florida Homestead Exemption Protect My Home If I File For Chapter 7 Bankruptcy?
The Difference Between A Secured And Unsecured Debt In Chapter 13 Bankruptcy »